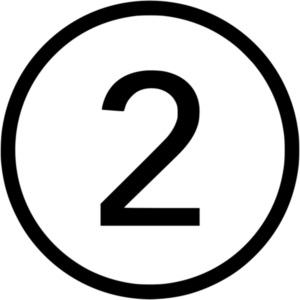 2018 was the year the Irish women team announced to the European softball powerhouses that we were no longer there to just make up the numbers.

As the Irish team left Dublin airport on 7am flight to Venice on Friday June 13, 2018, nobody could imagine what was about to happen over the next 14 days.

Ireland started the tournament in a group containing defending Champions Great Britain, European super power Russia and Denmark. Two wins in the group stage were required to make the medal round of the tournament and nobody, other than the Irish Management team, at the tournament expected it to be possible

Ireland played some phenomenal softball over the next 6 days during which they beat such European softball royalty as Russia, Germany, Belgium, Netherlands and Czech Republic to name a few on its way to playing the host nation and European number 1 Italy in the final. The final was an amazing occasion under lights in front of a full stadium and streamed around the world. Italy proved too strong on the night but not before Ireland made the host nation work hard for 7 innings to claim the title.

A silver medal won within 4 years of the programme starting, Ireland were proud!

As a result of coming second, Ireland qualified for the 2019 Jnr World Championships as one of Europe’s 3 qualifiers.

Full report can be read by clicking here

The Irish team at 6am on the morning after its U19 heroics got on its bus for its 8 hour drive to Slovakia for the U22 European Championships. Ireland had entered the tournament to give the younger players more experience at the higher level and keep senior players ticking over in a year of no WNT tournaments. As the tired U19 team, management and families settled in for the journey exhausted, re-enforcements had arrived for the U22 tournament in the shape of Claire Blount, Tess Griswold, Allie Monteleone and Sinead O’Leary all focussed and demaning a medal.

If Ireland thought its group the previous week was tough, life came even harder when we were drawn with Great Britain (again), Greece, Slovakia and Turkey. Ireland needed 3 wins to progress to the medal round and things) did not start out well by losing to GB (again for the third time in a week). The tournament got better from here on in with Ireland winning all its remaining group games.

A tired Ireland team, had to work hard over the next 4 days beating Poland and Russia but losing to Netherlands to qualify for the super six. Ireland knew 1 win from 3 would qualify them for a medal game and first up was GB (again). In what developed into a classic game, Ireland led for six innings only for GB to tie the game up in the bottom of 7. Extra innings it was and after Ireland taking a two run lead on a Tess home run, GB once more came back to snatch an unlikely win. Ireland still controlled its own destiny and beat Czech Republic the following day to qualify for the Bronze medal final.

You guessed it, the Bronze medal final  saw Ireland play GB for the fifth time this week, and it became a very one sided affair of Ireland domination GB both defensively and offensively to win the game 6-0 and take bronze whilst breaking our GB hoodoo at the same time.

Ireland finished the summer with a shiny bronze to complement the silver.

Next up for Ireland in 2019 – Olympic Qualification Tournaments