#6 – Dublin Indoor Softball Tournament is back

After too long of a break, November saw the return of the Dublin Indoor Softball Tournament under the stewardship of its founder Julie Trundle

DIST was held on November 17, 2018 in a new venue in Dublin City University with 12 teams taking part with former champions Ori-ginals reclaiming their crown.

Wishing all our players, members, supporters and friends a very Merry Christmas and Happy New Year. 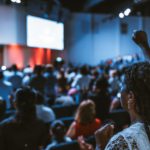 Action Items for SI Board