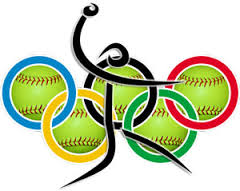 Softball Ireland has welcomed the announcement by the International Olympic Committee (IOC) Executive Board to support the inclusion of baseball and softball among a new sports package for the 2020 Olympic Games in Tokyo.

A final vote on the composition of the sports programme for the Tokyo 2020 Olympic Games will be taken at the IOC Session in Rio de Janeiro in August, and, if approved, it would constitute “the most comprehensive evolution of the Olympic programme in modern history,” the IOC stated.

“It is an honour and opportunity for our sport both globally and in Ireland — and a great day for our male and female athletes — to have an opportunity to represent your country within this new and innovative youth-focused Olympic sports package will be a once in a lifetime opportunity for our sport” said Softball Ireland President Colum Lavery. “On behalf of our sport, we thank the efforts of the WBSC and especially President of WBSC – Softball Division, Dale McMann for his perseverance and leadership.”

For Softball Ireland, today’s IOC Executive Board recommendation helps to highlight the growing appeal and popularity of softball and baseball, particularly among young people and women. It also comes at a time that Ireland will take part in its first World Women’s Softball Championship in Surrey, BC, Canada in July 2016 – Women’s Fastpitch being the particular strand of Softball recommended by the IOC Executive Board.