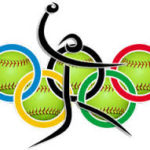 Softball Ireland has today welcomed the decision of the IOC to reintroduce Softball into the Olympic Games.

The magnitude of the decision cannot be underestimated. The decision is a historic moment for our sport in Ireland and is a very important moment in the development of all variations of our sport at all ages. Softball Ireland  will now be more than ever in a position to apply for multiple levels of funding not previously available.

In addition, Softball will now carry the title of an Olympic Sport which will give our grassroot development a shot in the arm and appeal to school children both male and female. Softball Ireland will now work with Baseball Ireland to formulate a plan in the coming months to maximise this opportunity.

The decision has already had a positive impact on the profile of the sport with the following articles this morning directly quoting Softball Ireland – links to articles below:

END_OF_DOCUMENT_TOKEN_TO_BE_REPLACED

Softball Ireland has welcomed the announcement by the International Olympic Committee (IOC) Executive Board to support the inclusion of baseball and softball among a new sports package for the 2020 Olympic Games in Tokyo.

A final vote on the composition of the sports programme for the Tokyo 2020 Olympic Games will be taken at the IOC Session in Rio de Janeiro in August, and, if approved, it would constitute “the most comprehensive evolution of the Olympic programme in modern history,” the IOC stated.

“It is an honour and opportunity for our sport both globally and in Ireland — and a great day for our male and female athletes — to have an opportunity to represent your country within this new and innovative youth-focused Olympic sports package will be a once in a lifetime opportunity for our sport” said Softball Ireland President Colum Lavery. “On behalf of our sport, we thank the efforts of the WBSC and especially President of WBSC – Softball Division, Dale McMann for his perseverance and leadership.”

For Softball Ireland, today’s IOC Executive Board recommendation helps to highlight the growing appeal and popularity of softball and baseball, particularly among young people and women. It also comes at a time that Ireland will take part in its first World Women’s Softball Championship in Surrey, BC, Canada in July 2016 – Women’s Fastpitch being the particular strand of Softball recommended by the IOC Executive Board.

Tokyo 2020’s proposal for additional events must be reviewed, voted upon and formally approved by the International Olympic Committee (IOC) in Rio de Janeiro, Brazil next August ahead of the 2016 Games.

“The decision of Tokyo 2020 to propose Softball/Baseball for 2020 is an important step in the development of our Game in Ireland” said Softball Ireland President Colum Lavery. “Ireland took its first steps into International Women’s Fastpitch Softball in 2015 playing in the European Championships in Holland. Ireland will build on its strong debut and compete at the 2016 World Championships in Surrey Vancouver and we see these as the important foundation blocks of building a future Olympic Programme” added Lavery.

Should the August 2016 vote formally approve Softball/Baseballs inclusion in Tokyo 2020, Softball Ireland are determined to be will be in a strong position to compete at the international level whilst continue to ensure that Softball becomes a viable alternative sport for Women in Ireland” said Lavery

We are a “not for profit” organisation and have no paid employees and rely on volunteers from our membership for the management and administration of softball in Ireland. Where necessary we outsource for the delivery of certain services.

Softball Ireland is managed by a Board that includes an executive branch consisting of a president, a secretary, and a treasurer. . There are approximately 800 softball players in Ireland playing in approximately 40 teams. The majority of teams are located in the Greater Dublin Area with the remaining teams spread across the country and playing in centres such as Belfast, Offaly, Galway and Limerick 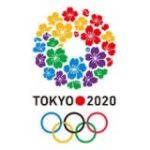 Baseball and softball, karate, squash, bowling, roller sports, climbing, surfing and wushu are the eight sports nominated for the next stage of the application process to be added to the Olympic programme for Tokyo 2020 Olympic Games, it has been announced this morning.

The decision, compiled from a list of 26 applicants, was made today following a meeting of the Tokyo’s 2020 Additional Events Programme Panel in the Japanese capital chaired by the head of imaging giants Canon Fujio Mitarai.

The list holds few surprises, with baseball and softball long seen as the favourites to be restored to the Olympic programme follow their exclusion after Beijing 2008.

To read the full story on Inside the Games click here