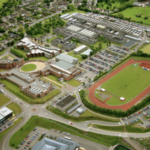 Please use the link below to register your team for the 2022 IOST. This years IOST takes place on the 13th & 14th of August at MTU Cork.

Accommodation is available at €70 per room per night quoting discount code “Softball Ireland” for this rate. Please contact Melbourne Point Student Accommodation on 021 6035500 between 8am-3.30pm. Players and teams are advised to book their accommodation as soon as possible due to extremely high demand in the sector at the moment.

Details on social events around the IOST will be shared at a later date. 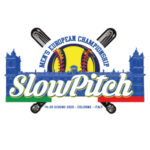 Ireland have lost the opening game of the Men’s Euros 14-10 to the Netherlands.
With only 1 run in it a the end of 5, a 5 run 6th inning for Netherlands left too much for Ireland to chase in the end.
Ireland have a quick turnaround as we play hosts Italy in the opening ceremony game at 6pm Irish Time this evening.

The second edition of the Men’s Slowpitch European Championship starts on June 14, 2022 and the Irish team travels with the confidence to challenge for a medal by the time the tournament concludes in Colorno, Italy on Saturday June 18th.

In order to win a medal, Ireland face tough oppositions with Great Britain, the defending Champions, starting as tournament favourites with strong showings expected from Italy the hosts and Germany. Ireland start the tournament as six seeds with an opening game versus the Netherlands at noon on Tuesday 14th and then as part of the opening ceremony game v hosts Italy at 6pm. 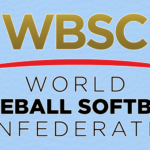 The WBSC has confirmed that the inaugural the Slow Pitch Softball World Cup for 2023, following a proposal from a Slow Pitch Working Group of which Softball Ireland President Colum Lavery was a member.

The 2022 Slow Pitch European Championships in July will act as Europes qualification tournament for the World Cup and a medal will be needed to qualify.

The Creation of a World Cup for Slow Pitch is a long time coming and a great step forward for the discipline. The World Cup will finally give an opportunity for Slow Pitch players globally to showcase their talent. We were delighted to support our European colleagues on the Working Group in recommending the Slow Pitch World Cup to the Executive Board.

The World Baseball Softball Confederation (WBSC) Executive Committee have today awarded the co-hosting rights of the flagship WBSC Women’s Softball World Cup to Ireland, Italy and Spain. Ireland together with Italy and Spain will host a group of the World Cup in 2023, with Italy hosting the Finals in 2024.

Other than the Olympic games, the Women’s Softball World Cup is the most prestigious event in World Softball and will be broadcast globally in 2023. Working closely with its bid partners, the World Cup Organising Committee, Fastpitch Ireland and Fingal presented a successful bid to co-host the tournament in Ireland.

The World Cup Group will be held in Fingal on a purpose built venue for the tournament.

“We’re delighted to bring the WBSC Women’s Softball World Cup back to Europe, with Ireland, Italy and Spain co-hosting the biggest international softball event in the globe.” “The Women’s Softball World Cup represents the first WBSC World Cup to be played under the innovative Two-Stage format, that gives more flexibility and opportunities for cities, regions and countries to host and participate in WBSC events.”

The hosting of the tournament will be the biggest softball event ever hosted in Ireland, and it is envisoned that it will be the catalyst that puts all disciplines of our sport in the eyes of the nation and begins the re-growth of the sport.

The awarding of the World Cup to Ireland is a testament to the standing of Team Ireland and the Irish Federation in the WBSC. A lot of hard work has been put into developing the bid with Fingal and we are very gateful for Fingals support and vision to join us in the bid.” “This tournament presents a once in a life time opportunity for our Players to play in a World Cup on their home field and for us to create a strong positive legacy for the game in Ireland, promote all disciplines of the game in Ireland and supercharge the growth of women’s and youth softball.”

The exact dates of the WBSC Women’s Softball World Cup Group Stage and Finals are still to be confirmed and will be announced shortly.