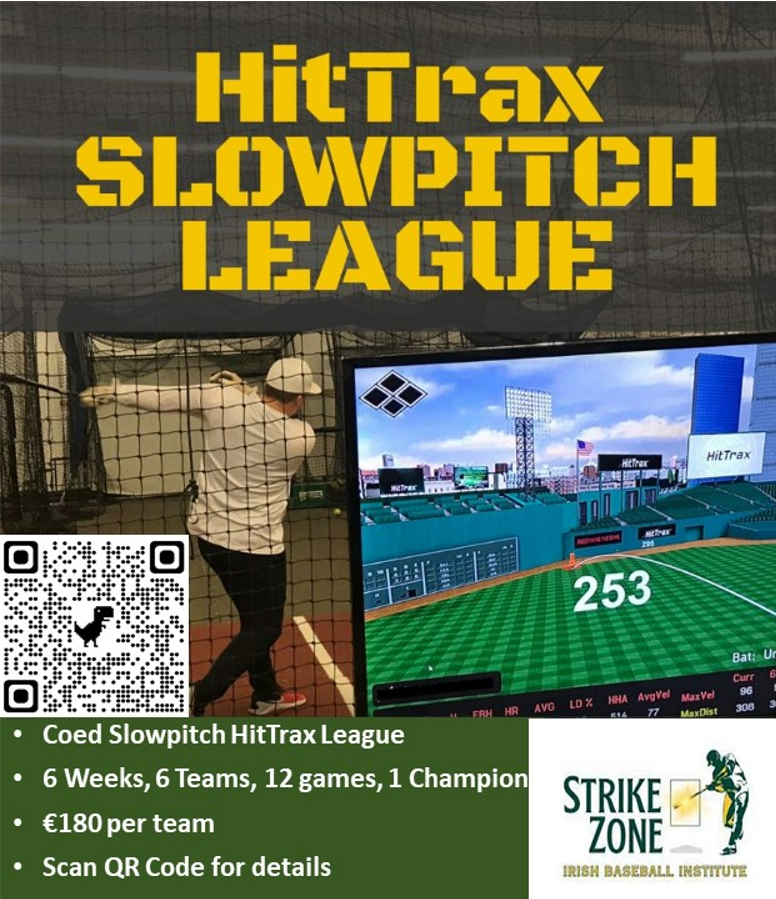 Softball Ireland in conjuction with Softball Leinster are delighted to launch the inaugral Winter HitTrax Slowpitch League which will be played weekly in Strike Zone from February 1, 2022.

The season will consist of 6 teams playing 1 hour double headers over the course of six weeks at the Strikezone complex. There are No restrictions on roster, field as many players as you want in the line-up, however, the league is co-ed, so there will be a minimum number of female players and a player may only be registered on one roster (no borrowing).

Registration is based on first come, first served basis and teams may be registered here – https://www.klubfunder.com/Clubs/Baseball_Ireland/TicketSales

The cost of the six week event is €180 per team (covers the cost of rental).