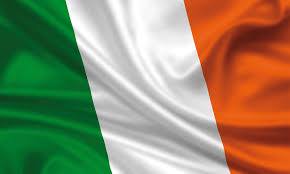 Team Ireland fought their way back from a slow start on Saturday to finish strong and take sixth place and Plate Runner-Up at the Diamond 3 Softball Tournament held in Slough, England on July 26/27.

Showing a number of changes from the 2013 World Series squad, the team took on the best the UK had to offer over two very warm days at an outstanding facility. Ireland finished Day 1 of the tournament on a 1&4 record but had been competitive in the four losses. As ever Ireland’s defence was strong but the bats appeared to have been left in the hotel as Ireland left a number of runners on bases. This all changed in the last game of the day v Manchester Thunder as Ireland jumped out to an 8 run lead in the first and held this lead to the end to record an 8-5 victory.

Sunday monring saw Ireland with their final two group games. After dominating the Manchester Maniacs for the majority of the Game, Ireland found themselves chasing 4 runs at the bottom of the last.  A two out single from debutant Marian Neill followed by a 2 RBI Home Run from Senan Dormer gave Ireland the tie which put them fourth in the Group final standings. Ireland lost the last Game of the group stage against NSL Runners Up Pionnerrs after a spirited bottom of last fight back saw Ireland score 6 but come up one short.

At the end of the Group Stage Ireland finished on a 1-1-5 record which was good enough for fourth in the Group and a Plate semi-final spot against Manchester Maniacs who finished third in the other Group. The Plate semi final went to plan as Ireland took and early lead and built on it to win comfortably 10-5 and book a place in the final v Slammers. The final proved to be one game too far for Ireland as the experienced Slammers team jumped out to an early lead that was too much for Ireland and eventually Slammers went on to win the final 21-6.

A top 6 performance is Ireland’s best result at a Diamond series in a number of years. Speaking after the tournament Ireland Head Coach Pat Reddy congratulated the Players on their performance and commented on how valuable the experience  gained would stand to the Players in the future.