Come help us softballers fundraise for Ireland’s first-time ever appearance at the European Championships in July (Rosmalen, Holland) with a brain-testing pub quiz at the Hudson Bar!

Have a pint and some wings (seriously, they are so good), compete with your friends and learn a little bit about fastpitch softball 🙂

There will be a raffle and coin toss on the night (prizes to be announced] and all support is greatly appreciated! See you there for the craic!

Let us know you’re attending by clicking this link and finding the Facebook Event! 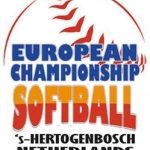 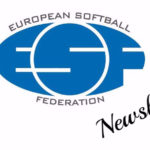 ESF Newsletter 3rd issue, May 2015 – Click here to read all the news 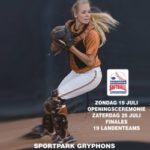 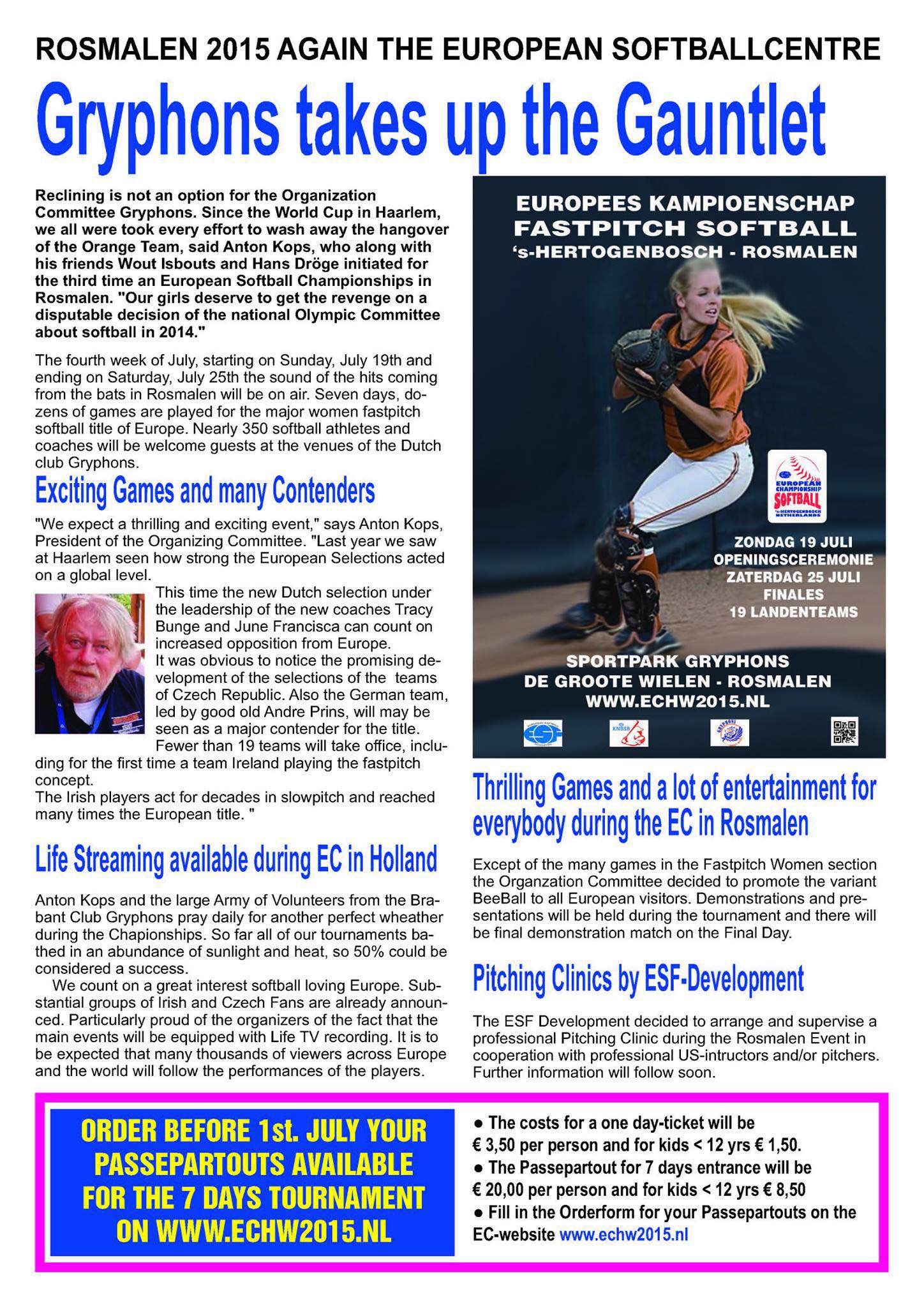 21 teams had planned to be in the tournament but, unfortunately Belgium and Bulgaria have withdrawn.

On the Website and Facebook page below, you’ll find all relevant information concerning the preparations and actual information during the championship from day to day.

The organizing committee will be Stichting Gryphons Events & Promotions assisted by many volunteers of the Baseball & Softball club GRYPHONS.

The draw for the European championships has taken place today at the European Softball and Baseball Congress.

Scheduled for later this year, the European championship tournament will be played in Gryphons fields in Rosmalen.

Softball Ireland welcome more than 120 delegates from across the world to Dublin for the European Softball Federation & Confederation of European Baseball joint Annual Congress.

Speaking on hosting the event Colum Lavery, president of Softball Ireland said “Its a wonderful opportunity for Softball Ireland together with Baseball Ireland to showcase our country and organisation to all our sister Federations. Mr Lavery added ” the hosting of an event like this would not be possible without the tireless efforts of the Softball Ireland members and the generous and support of our sponsors the Ballsbridge Hotel, St. Petersburg Clearwater Sports Commission. Musco Lighting, and Next Generation Recruitment”

Note – The ESF CEB Congress will be held in the Ballsbridge Hotel on Friday February 6 and Saturday February 7, 2015. 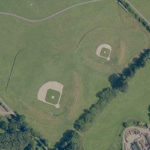 Kegs hold on to qualify for elite stage

Kegs will open the Elite stage playing current BSF champions H2O. H2O is managed by Oddsox Green’s Stephen Patterson, with Ireland’s Brian Connolly, Jenny Patterson and Muireaan Grooms. H2O have had a powerful start to the tournament and progress to the elite stage on a 5-0 record and omniously only conceding 5 runs in total as they progressed. Kegs second game is against the stronger of the two German Teams UCE Travellers (GER).

How the Elite Stage Works:

Each teams takes their head to head results against the two teams in from their Group who have qualified for the elite stage. This means Kegs start Day 3 on 0 and 2 record (having lost to Chromies and Linz) and need 3 wins to guarantee their way to the Page System. Below is the table as it currently stands. 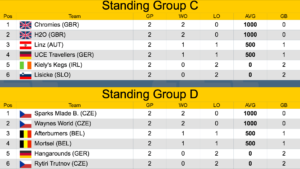 Kegs Thursday games at the ESCCS can now be viewed on Softball Ireland’s site. 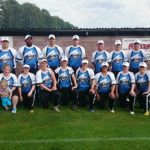 Ireland’s Kegs have had a solid start to the ESF ESCCS in Mlade Buky sitting 2 & 1 after Day 1.

The day started with a close 13-12 victory over tournament hosts Sparks Mlade Bucky and was followed by a comprehensive 26-11 win over Belgiums Champions Mortsel. After such a strong start to the tournament, tiredness caught up with the Kegs in the final Game as the lost 12-7 to Austrian Champions Linz in a game the Kegs were good enough to win.

That said 2 wins on day one put Kegs in a position to control their own destiny as they move into day 2 of the tourmanet. The schedule for day 2 is tough starting off with 2012 UK Champions and Ireland Coach Moe Flett’s Chromies (1130 Irish Summer Time). An added spice to this game is that a number of the Kegs play for the Chromies in the UK. Kegs then finish the Group stage with a game versus Germany’s Hangarounds (1545 Irish Summer Time)

All to play for the Kegs to ensure they stay in the top 3 in their Group and make sure they qualify for the medal tournament on Thursday & Friday.

Or watch it live here on the streaming 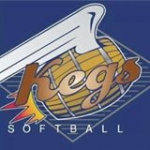 Kegs have taked an experienced team mixed with youth and would be expected to challenge for a medal in what should be a tough tournament.

The ESCCS has grown in size since its inception and 12 teams will compete for the title at the end of the week. Kegs have been placed in Group A and will play tournament hosts Sparks Mlade Buky in their first game on Tuesday July 29  at 0900.

Speaking before leaving for the tournament, team Captain Barry Casey commented on how relaxed the squad was on departure. Barry Casey said “Kegs intend to travel and be competitive whilst at the same time enjoy the experience”

On behalf of Softball Ireland, we wish the Kegs all the best over the next number of days.

The officical tournament page can be reached here