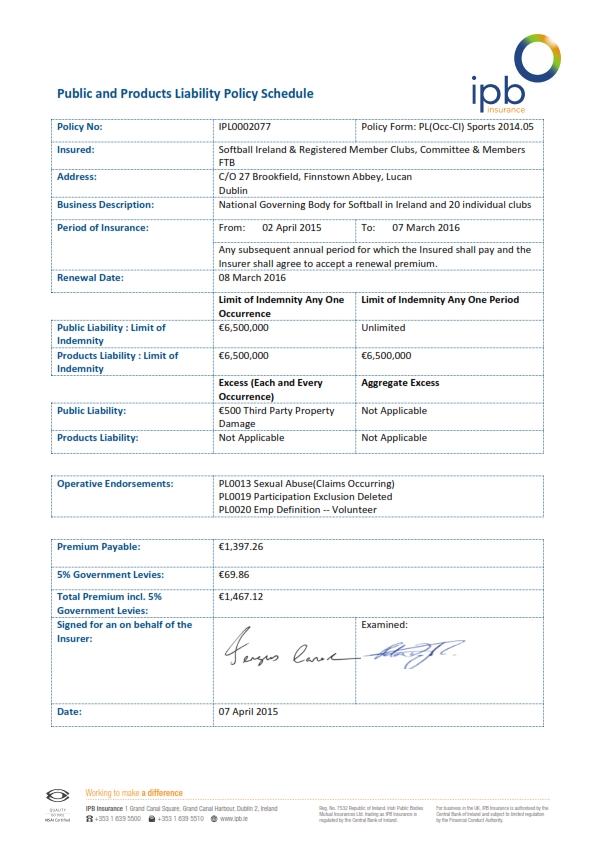 When did you start Softball?

I was in UL and my friends brother played and they were always looking for girls to play. She didn’t want to go on her own and asked me to go with her so I did. Had so much fun the first day with some great people and I’ve never looked back since!

Have you played any other sports?

I play golf. I played Camogie up to this year since I was 10 which certainly helped the hand-eye coordination! I also played badminton up to college level.

What club do you play for?

I play for the Kegs in Ballsbridge

Do you have any pre match routines?

Just the usual stretch, throw a ball and warm the arm and get a few hits in… Just to relax more than anything before the game starts

When was your first international game?

In 2011 I was picked to represent Ireland in Bulgaria… I think my first game was against Slovenia. I played right field and dropped the first ball that was hit to me! I’ll Never forget it! Thankfully things have improved since…!

How many caps do you have?

What can we do to continue to getting people interested in Softball?

Unfortunately no… It’s an expensive hobby and we have to fund ourselves but we do fundraise to try and ease the financial burden.

To be on the team that wins Ireland’s first Competitive fast-pitch game!

Who is your favourite female player?

Who is your favourite male player?

The only guys I know that play softball are my friends so I’m not going to give any of them big heads!

Which countries have you played Softball in? Where was your favourite?