Softball Ireland President Colum Lavery said: “The appointment of an Official Ball Supplier will see considerable savings for the Softball Ireland membership and ensure that quality game balls are available for the remaining tournaments of 2014”. 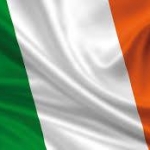 The build up to Euro 2015 begins with a Team Ireland Selection coached by Pat Reddy travelling to Diamond 3 in Slough, England this weekend.

The tournament forms an important part of Ireland’s preparations with a second selection of players travelling to the World Series in early September.

The squad is a mix of youth and experience with 7 of the 2013 European Championship squad included and will play some of the best teams in the UK in what promises to be a challenging weekend.

The tournament is also a special moment for Jan Carroll and Marian Neill as they represent Ireland for the first time.

Updates will be posted on the Softball Ireland Twitter Feed @softballireland throughout the weekend. I hope you will join us in wishing the Irish Squad all the best.

We would also like to extend our best wishes to Bernie who had to withdraw due to injury.