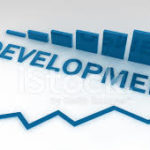 You can keep track of Ciara and Ireland’s progress at the official tournament site: http://www.icc-cricket.com/world-t20/fixtures/women

Ireland kick off their tournament against New Zealand on March 18, 2016 at 1000 Irish Time 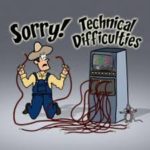 Softball Ireland wish to apologies for the recent technical difficulties experienced by our website.

These have now been resolved.

Thank you for your patience. 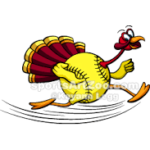 We at Softball Ireland are thankful for another great year of Softball in 2015.

On behalf of Softball Ireland we wish a happy Thanksgiving to our softball family and friends. 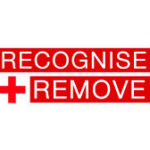 The Softball Ireland Executive Committee at an emergency meeting on June 30, 2015 made the following Player Welfare Ruling:

Should a player receive a head injury either in training or during a league / tournament game played under the control of Softball Ireland, the player must be removed immediately from the field of play and Softball Ireland recommend that the player is assessed by medical practitioner.

If the removal of the Player results in the team being unable to field a legal team, the Umpire will suspend the game with immediate effect and the game will recommence at a date and time set by the League organiser.

Softball Ireland confirm that should an umpire in his / her judgement decide a Player has received a head injury this may not be appealed or protested. Umpires decision is final.

Softball Ireland recommend that all teams should have batting helmets available to Players and further recommend that batters and base runners wear helmets.

Softball Ireland wish to confirm that with effect from January 1, 2016, Clubs will be required to have a minimum of five helmets available in their dugout should a Player wish to avail of them.

This ruling has immediate effect.

Softball Ireland are delighted to announce the appointment of Ciara J Metcalfe to the position of Communications / Social Media Manager.Ciara will bring a wealth of experience to the role having undertaken similar positions with Leinster Rugby (Women’s Branch), Cricket Leinster and Pembroke Cricket Club and will have responsibility for developing a Softball Ireland Communications plan and growing the Social Media footprint.

Speaking on the appointment, Softball Ireland President Colum Lavery said “ we are excited to appoint Ciara to the role, she possess the experience and skillsets that we need to improve our communication with our members, sponsors and the general public”. Mr Lavery added that “2015 is a very busy year with the Olympic Decision, Ireland hosting the ESF/CEB Congress, the 2015 European Slowpitch Championships and Irelands first participation in the Women’s Fastpitch European Championships and it is key for us have a strong presence in social media.”

Ciara can be contacted on media@softball.ie 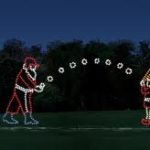 On behalf of the Softball Ireland Board we would like to wish all our members and friends a Happy Christmas and prosperous New Year.

As you enjoy your Christmas goodies, spare a thought for the Players taking part in the Women’s Fastpitch Trials on December 28.

We look forward to another great year for Softball in Ireland in 2015.

The Registration Link for the ESF / CEB Congresses to be held in Dublin on February 6 – 7, 2015 is now live at the following link:

Please click on the link and when prompted Enter Code Dublin2015

After registration, your confirmation email will include details on how to book rooms directly with the hotel.

Softball Ireland are the featured National Governing Sport on the Federation of Irish Sports Webpage for the month of August.

The profile article about Softball Ireland can be read by clicking here .

Mr Lavery added “This is an important moment in the development of Softball Ireland as a Federation and though we have a long way to go yet, it will greatly assist in achieving our end goal of Irish Sports Council recognition.”

More details can be found at www.irishsport.ie