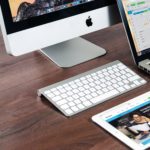 Softball Ireland have published the provisional 2020 tournament calendar on its website.

The calender currently outlines the 2020 Softball Ireland, Softball Leinster and Softball Ulster calendar of events. Any clubs wishing to host a tournament during 2020 will shortly receive a link with an application form for tournament approval.

The calender will be updated throughout the season as additional club tournaments are announced and the Softball Leinster dates are confirmed.

Softball Ireland have announced Baden as the official Softball Ireland slowpitch ball partner for the 2020 season. The partnership will see Baden Balls made available to Softball Ireland clubs at a promotional cost and will be the official ball for the Brian Walshe Cup, Irish Open Softball Tournament and the National Club Championship game. In addition, the ball will be used by the Slowpitch National Teams in their preparations for international tournaments.

Speaking on the announcement, Softball Ireland President Colum Lavery said “We are delighted to announce our partnership with Ransome Sporting Goods to supply Baden Balls to Softball Ireland and our clubs. Baden’s balls are of the highest quality and have been used in UK and European tournaments for the last number of years. We are confident that the partnership will benefit our members by making high quality balls available to them at a promotional cost. We look forward to working with Ransome Sporting Goods in the coming months and years.”

Alan Ransome, managing director of Ransome Sporting Goods commented ‘We are pleased to support Softball Ireland with the supply of Baden Softballs to teams and players throughout Ireland for 2020.  We pride ourselves on offering the best products with the best value and we look forward to a mutually beneficial partnership with Softball Ireland for many years to come.’

Click Here to order your team balls for the 2020 Season

In addition to softball’s Ransome Sporting Goods provided a range of other Softball and Baseball equipment, full details of which are available on their website. 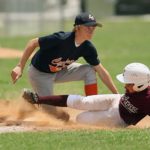 Softball Ireland is fully committed to safeguarding the well being of its members. Every person associated with the organisation should, at all times, show respect and understanding for the rights, safety and welfare of others and conduct themselves in a way that reflects the principles of the organisation and supports the guidelines contained in the Code of Ethics and Good Practice for Children’s Sport. Softball Ireland’s first priority is the welfare of its members, especially young people.

Softball Ireland are committed to providing an environment that will allow players and participants to perform to the best of their ability, free from bullying, intimidation, harassment or abuse.

The additional existing playing requirement for under 18 slowpitch players playing adult softball as set out in the Underage Player Guidelines remain in force.

Softball Ireland Board member Amanda Ní Ghabhann has agreed to draft the Softball Ireland specific policy and has a vast experience in this area from her time with Swim Ireland.

Access the Code Of Ethics & Good Practice For Children’s Sport 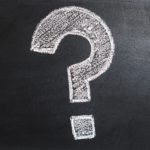 The Independent Panel, appointed to review the 2018 Men’s Slowpitch National Team accounts, and the subsequent behaviour of the Team Manager and the Softball Ireland (SI) Board, has issued its final report which is available here.

The SI Board welcomes the findings of the report, and accepts that internal controls were not effective enough to identify and address this mismanagement of funds. The Board acted promptly to revoke the suspension of Jonathan Spielberg on the advice of the panel, and has already begun to progress the recommendations.

Softball Ireland wish to thank the Independent Panel, Jonathan Spielberg, Anthony O’Grady and the Board for fully engaging in an open, transparent and constructive manner. 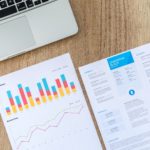 Ireland will participate in two tournaments in the summer of 2020. The Men’s Slowptich European Championships will be held in the summer of 2020, most likely June, on the continent. The exact dates will be confirmed at the ESF Congress on February 8, 2020. The annual BSF World Series in London will be held at a new venue in 2020. The date for the tournament has yet to be confirmed but will most likely be the end of August/September time frame – Ireland will enter a Coed Slowpitch National Team in this tournament.  Players who are interested in representing Ireland at either of the 2020 tournaments are invited to complete the below survey which will be provided to the newly appointed Director of Slowpitch National Teams and Coaches. Please click the below link to register your interst to prepresent Ireland in 2020, players should complete the form by February 21, 2020 at which point trial dates will be announced. 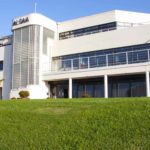 Acting in accordance with the Constitution, the 2019 Annual General Meeting Pack is attached as follows (please click links for papers): 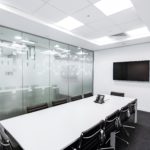 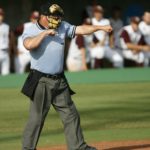 In response to growing concerns at the quality and quantity of umpires in the regions, Softball Ireland setup a working group in September 2019 chaired by the Softball Ireland Secretary to assess the current state of play and recommend actions to move forward.

Speaking on the report, Softball Ireland President Colum Lavery said “Umpiring is a major challenge facing Softball Ireland, especially in the Leinster Region at this time. Softball Ireland formed this group to hopefully assist the efforts of the Regional Boards in addressing the challenges they are facing. I wish to thank the Working Group members for their honest, constructive and expert input and recommendations. The Working Group meetings highlighted the depth of experience that still exists in our sport and the enthusiasm to make real progress.”

The attached report is the outcome and will be progressed in 2020. Please contact secretary@softball.ie with any queries.

Softball Ireland have confirmed the National Team Entries for 2020 Season

The second Men’s Slowpith European Championships is scheduled to be held in 2020. To date, no host or date for the tournament has been confirmed and Softball Ireland have requested a meeting with the ESF at the 2020 congress to discuss its concerns that there is a possibility there will be no European Club or International Softball tournaments in Europe in the 2020 season.

Softball Europe have confirmed that 16 Clubs in total have entered the COED European Slowpitch Super Cup for 2020. The tournament is due to be held in August 2020, however at this juncture in time no Federation has put itself forward as a potential host.

It is hoped that more details on the tournament will be provided at the Softball Europe congress in February 2020 so that Dodder Dynamoes and Belfast Brawlers, the two clubs representing Ireland at the tournament, can plan well in advance for the tournament.

More details on the tournament and previous winners may be found at europeansoftball.org/cspesc/ including details of Dodders famous win in 2009.