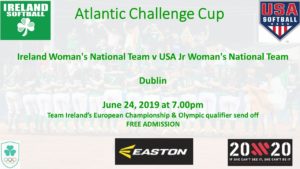 Co-ed Slowpitch National Team manager Senan Dormer has announced the final squad for the 2019 European Championships which will take place in Budapest, Hungary from the 15 July to 20 July 2019.